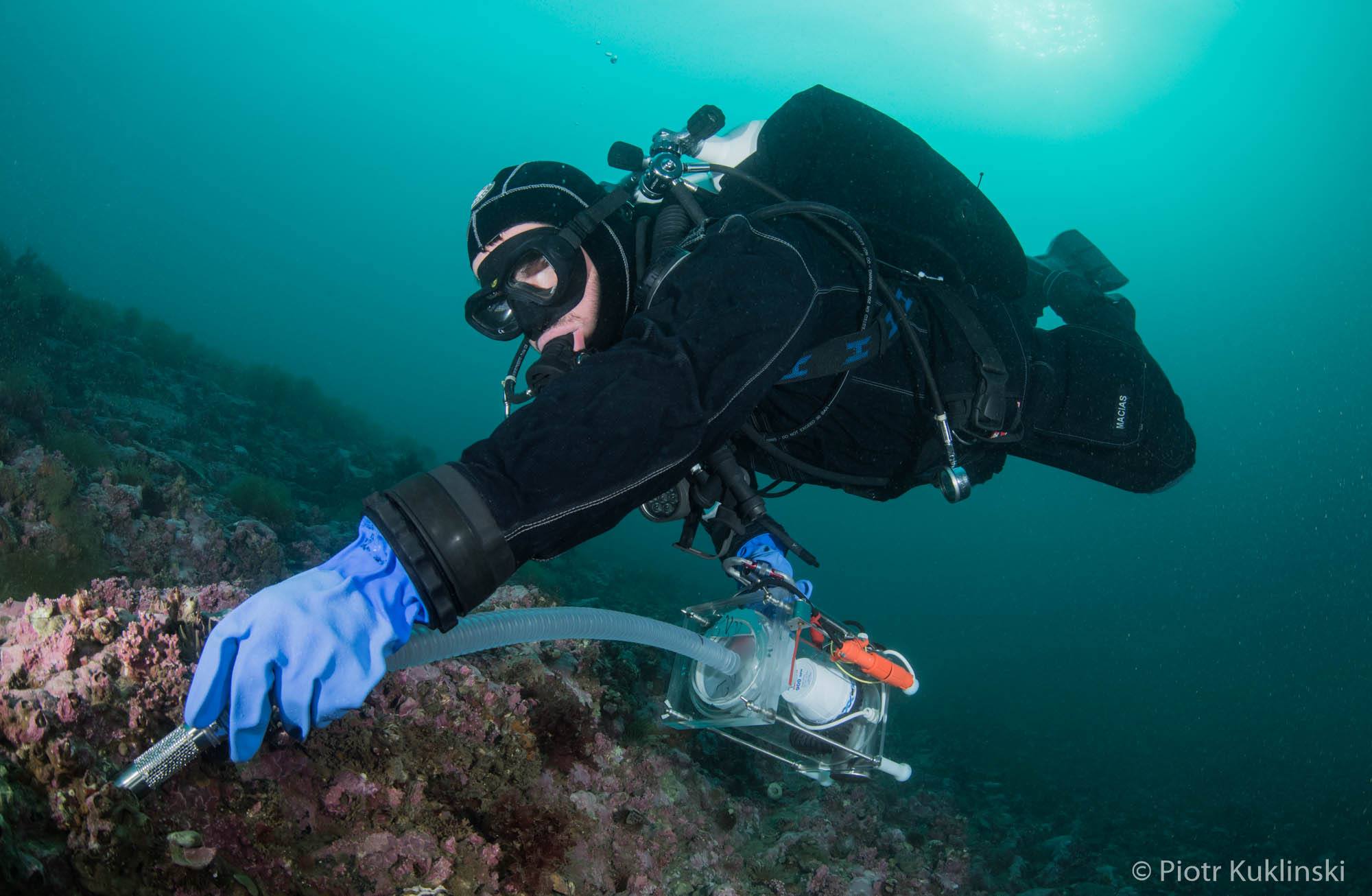 Dives at the Institute of Oceanology of the Polish Academy of Sciences in Sopot take place for research purposes, referred to in art. 1. paragraph 3 points 3 of the Act of 17 October 2003 on underwater works (i.e. OJ of 2014, item 1398, as amended). The rules and conditions of diving are defined in the internal "Regulations".

The team consists of scientists, trained in different disciplines (oceanography, marine biology, geology or chemistry), that use SCUBA diving as one of their research tools. The beginning of diving at the IO PAN goes back to the 90s. Despite we dived in many diverse environments, all oceans over the world, the main area of our activity, due to the Baltic location and a large number of projects carried out in polar regions, is cold water diving. We have been present at Spitsbergen every year since 1997, have logistically difficult and challenging dive missions under the ice pack, during the polar night, as well as longer Antarctic expeditions in our history. We usually operate from the research vessel s/y Oceania, m/y Sonda II, or small zodiac boats. During the dives, we often use the facilities of Polish polar stations (Stanisław Siedlecki in Hornsund or "Arctowski" on the King George Island), as well as the support of our foreign partners being a part of international research groups. We are in constant contact with the European Scientific Diving Panel.

Our scientific interests focus on the functioning of benthic communities in shallow coastal waters, especially the hard bottom fauna and underwater macrophyte meadows, thus places of high biodiversity. The key area of our competence is biological diversity of benthos, epifauna, and its response to ongoing changes. Many of the work carried out so far concerned Arctic fjords, processes of colonization and succession on natural and artificial seabed, factors controlling them, the role of organisms considered ecosystem engineers, including the rebirth of seagrass meadows in the Polish zone of the Baltic Sea, but it would be difficult to list all topics here. In our research, we often use underwater photography methods and prototype devices designed especially for our needs (a time-lapse camera system that can spend up to 6 months at the bottom, automatic water samplers, suction pumps operated by divers, etc.). These studies were part of international projects such as CAML, COSA, NaGISA, ZOSTERA, Mare Incognitum / Marine Night, N-ICE, POLNOR, Dwarf, LARVAE, Assemble +. Without diving, we would not be able to achieve many of the goals set. Thanks to direct underwater observations we have often managed to register new phenomena.